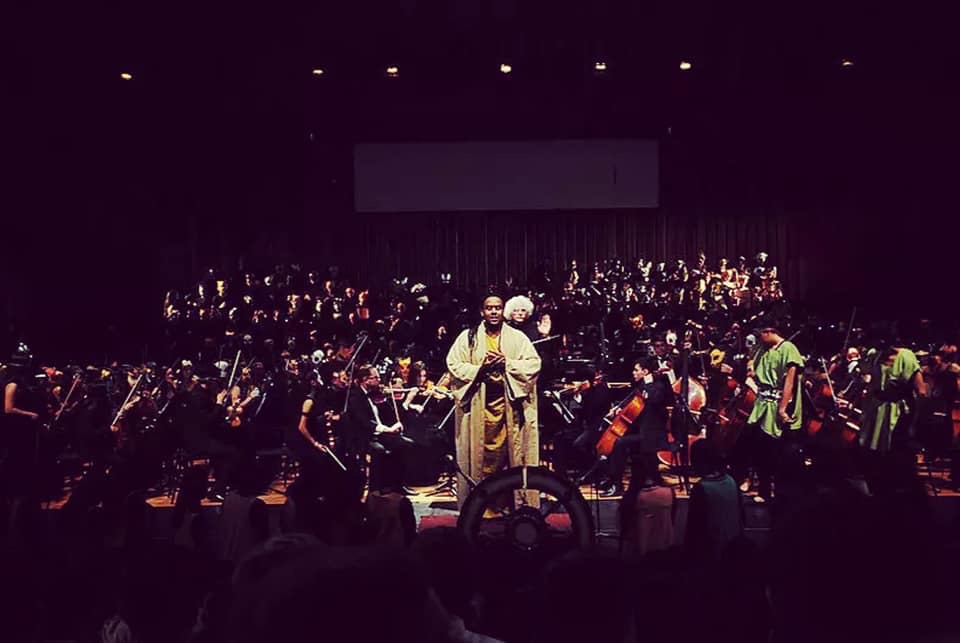 "Keanon Kyles, praised by CNN for his “incredible bass-baritone voice” and by Scottish Magazine, Opera Scotland for his “beautiful technique”. Kyles was raised in Chicago where his musical journey started and where he received his bachelor’s degree in music from Chicago’s Columbia College. Keanon made his opera debut as Colline in Puccini's “La Boheme”. Conducted by Metropolitan Opera’s Maestro David Jackson, he made his Italy debut in Trento, Italy as Betto in Gianni Schicchi and Peter in Hansel and Gretel. Keanon was featured as Billy Evans in the world premiere of Floating Opera Company’s production of “War and Peace”. Kyles made his Chicago Opera Theater debut as Daggoo in "Moby Dick", shortly after he was asked to return to perform the role of Tommie in the opera, "Freedom Ride" with Chicago Opera Theater. He has ranked one of the top 5 singers in the National Association of Negro Musician's competition. He made his Lyric Opera debut by way of Lyric Unlimited’s production of “Earth to Kenzie” and soon after made his Chicago Symphony Orchestra debut as a featured soloist in their “Purpose Over Pain” concert.

Keanon was invited to Carnegie Hall to make his solo debut where he sung a plethora of genres on Perelman Stage. Kyles’s versatile voice has gained him notoriety and has allowed him to share the stage with some of music’s greatest artist- Samuel Ramey, Andrea Bocelli, Kathleen Battle, Celine Dion and more. Aside from his growing Opera career, he has performed concerts across the globe at popular venues such as Allstate Arena, United Center, Chicago Theater and internationally at the Edinburgh Festival and Japan World Music Festival. He made his South America debut doing the title role in Benjamin Britten’s Opera “Noye’s Fludde” under the baton of Maestro Guerrasim Voronkov in Bogotá, Colombia.

After making his U.K. debut as Colline, Keanon returned to Scotland in the role of Rigoletto in Clyde Opera Group's production. He currently is the Bass-Baritone Resident Artist at Chicago Opera Theater (20/22). His career has been highlighted by CNN, Good Morning America and the headline of The Chicago Sun-Times. In addition to his performance career, Keanon teaches voice performance in jazz, gospel and musical theatre out of his studio in downtown Chicago, as well as,Lyriq Music School in Northcenter. Kyles is a 2 time award recipient of the Reva and David Logan Foundation award and Resident Music Artist of the private club -The Cliff Dwellers."